Treaty-Making: Dealing with the past and reframing the future

Add to Calendar 2020-08-09 12:30:00 2020-08-09 13:30:00 Australia/Sydney Treaty-Making: Dealing with the past and reframing the future Mick Dodson AM will explore the making of a treaty in a new Australia, and the need for a proper relationship between Indigenous and non-Indigenous Australians into the future.
Book Now
Summary:

Mick Dodson AM will explore the making of a treaty in a new Australia, and the need for a proper relationship between Indigenous and non-Indigenous Australians into the future.

A special Island of Ideas public lecture presented in partnership with Reconciliation Tasmania to celebrate International Day of the World's Indigenous Peoples.

A treaty is a settlement or agreement arrived at by treating or negotiation. A treaty gives rise to binding obligations between the parties who make it. It acts to formalise the relationship between the parties to the agreement. And it is not only about settling economic, social and cultural matters, it is also about properly establishing our future political relationships.

Our nation needs to deal with our colonial past and its impact on first nations. Every Australian must know of our shared history and its deadly and ongoing impact on the Indigenous first peoples of this land we now share. The story is part of the Unfinished Business.

What we are talking about when we use the term Unfinished Business is the yet to be met legitimate grievances of Aboriginal and Torres Strait Islanders arising directly from colonisation by the British - and Britain’s successors - and the ongoing consequences of that colonisation. It is also about confronting the legacy of the past and realigning the relationship between government, Indigenous people and the people of Australia. The process is truth telling. 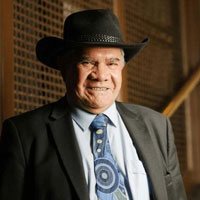 Mick Dodson is a Yawuru man and Native Title Holder from Broome (Rubibi) in Western Australia.

Emeritus Prof Mick Dodson AM is presently the Northern Territory Aboriginal Treaty Commissioner. He was formerly the Director of the National Centre for Indigenous Studies at The Australian National University. He is a Professor (Emeritus) of law at the ANU College of Law. He completed a Bachelor of Jurisprudence and a Bachelor of Laws at Monash University. Professor Dodson worked with the Victorian Aboriginal Legal Service from 1976 to 1981, when he became a barrister at the Victorian Bar.

He joined the Northern Land Council as Senior Legal Adviser in 1984 and became director of the Council in 1990. From August 1988 to October 1990, Mick was Counsel assisting the Royal Commission into Aboriginal Deaths in Custody, serving in that role in the Northern Territory and Western Australia. He has been a member of the Victorian Equal Opportunity Advisory Council. He was the first Aboriginal and Torres Strait Islander Social Justice Commissioner with what was then the Australian Human Rights and Equal Opportunity Commission – now the Australian Human Rights Commission.

Mick Dodson has been a prominent advocate on land rights and other issues affecting Aboriginal and Torres Strait Islander peoples, as well as a vigorous advocate of the rights and interests of Indigenous peoples around the world. He was the Co-Deputy Chair of the Technical Committee for the 1993 International Year of the World’s Indigenous People and was Chairman of the United Nations Advisory Group for the Voluntary Fund for the Decade of Indigenous Peoples. In January 2005, he commenced a six-year appointment as a member for the Pacific of the United Nations Permanent Forum on Indigenous Issues. For many years, Mick participated in the elaboration of the text of the Declaration on the Rights of Indigenous Peoples in the United Nations Working Group on Indigenous Populations, and the Inter-Sessional Working Group of the Human Rights Commission. The United Nations General Assembly adopted the Declaration, overwhelmingly, in 2007. In 2009, Mick Dodson was named Australian of the Year by the National Australia Day Council.

In 2011-12, Professor Dodson was the Gough Whitlam and Malcolm Fraser Harvard Chair in Australian Studies and a Visiting Professor, Harvard Project on American Indian Economic Development.

Held in partnership with Reconciliation Tasmania. 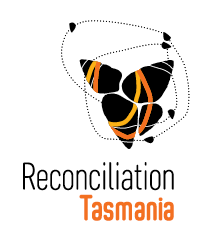