The Decline of the West: What is it and why might it matter?

Could the American-led international order be unraveling and what will be the consequences? 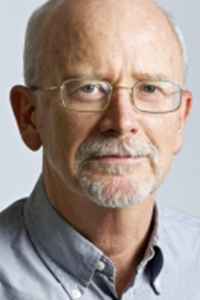 The international order created under the auspices of “American hegemony” appears to be unraveling during the erratic and nationalistic leadership of Donald Trump, and the growing geopolitical and geoeconomic competition between the United States and China. Many commentators fear that such tensions will lead to the demise of the so-called rules-based international order in particular, and to the declining influence of values, principles and norms associated with “the West” in general.

In this lecture, Professor Beeson will analyse these developments by putting them in historical context, considering what was distinctive about the “rise of the West”, and explaining why the relative decline of American influence may prove so consequential. The key questions that animate the discussion are: What is at stake in the possible decline of the West? And does the rise of China presage the emergence of a very different sort of international order than the one currently dominant?

Mark Beeson is Professor of International Politics at the University of Western Australia. Before joining UWA, he taught at Murdoch, Griffith, Queensland, York (UK) and Birmingham, where he was also head of department. He is the founding editor of Critical Studies of the Asia Pacific.