Democracy in a Changing Climate

University of Tasmania experts in law, international relations and geography discuss the risks to political and social stability posed by climate change. 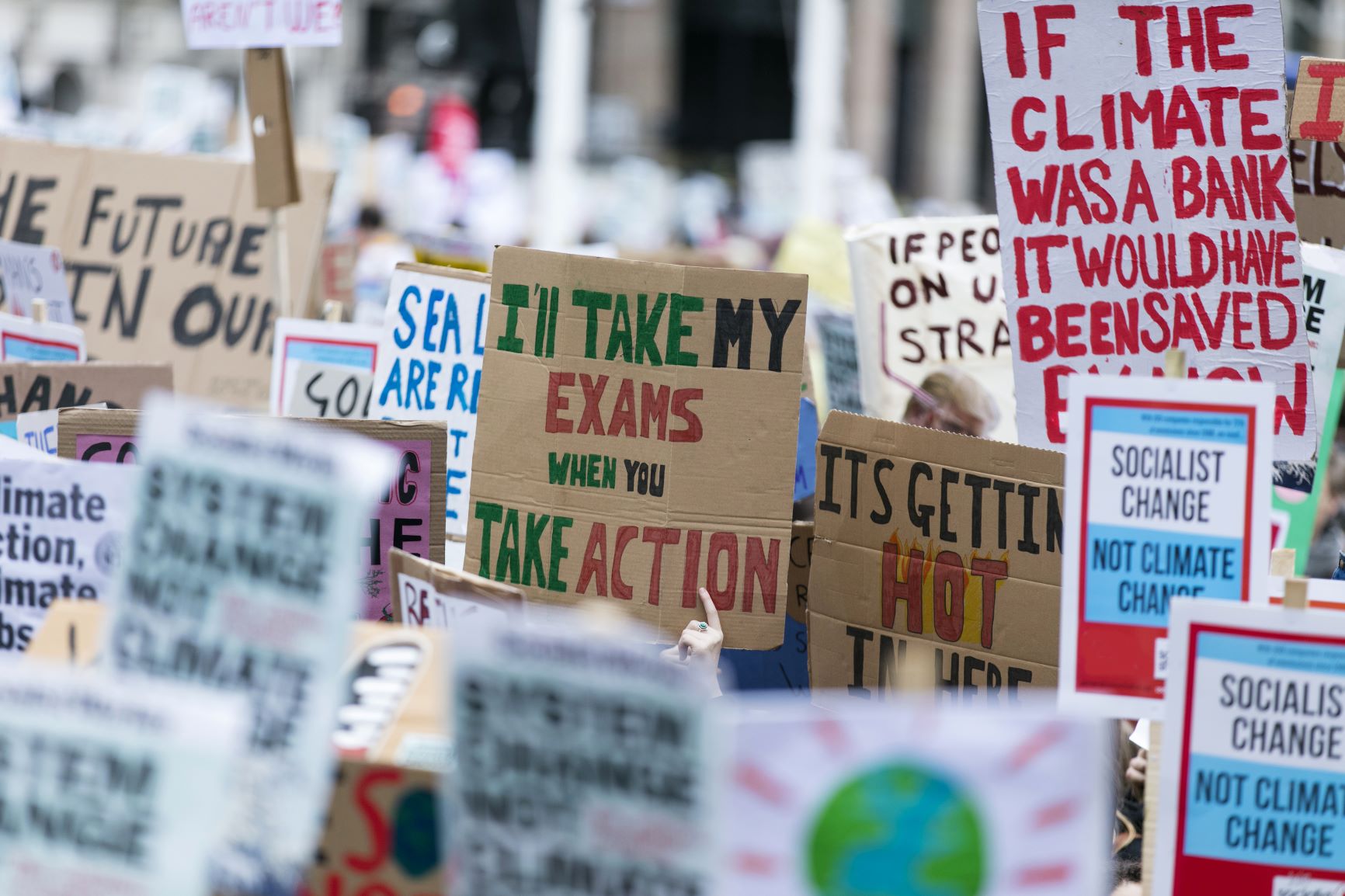 Climate change is challenging our identity as the places we cherish and our iconic species are pushed towards extinction. Impending climate catastrophe is also reconfiguring regional and global economies, as climate risks are now indistinguishable from economic risks. These changes herald growing social and political instability. Democratically elected governments are failing to take decisive action. Some, like the Tasmanian State Government, are instead pursuing draconian anti-protest laws. ‘Democracy as usual’ is being called into question.

Climate activism increasingly harnesses the arts to shape public debates and gain influence. Some modes of civil disobedience, such as associated with the Extinction Rebellion movement, mobilise the arts in their costumes, banners, social media platforms and street performances for public engagement. Some activist groups deploy ‘counter-aesthetic’ strategies that aim to disrupt and challenge the marketing or propaganda of business and government in order to provoke new ways of perceiving the climate crisis and the accountability of those responsible for it. Arts-based activism operates in a legal milieu fraught with risks for its practitioners, and governments in Australia, the United Kingdom and other jurisdictions are seeking to increase police surveillance and penalties for such activism. Such legal manoeuvres may require even more creative protest tactics to stay ahead of authorities and win the hearts and minds of the public.

Climate change, by altering the world’s physical landscape, is also changing its geopolitical landscape. According to Professor Ole Wæver, climate inaction could lead to armed conflict. The aim of this presentation is to interrogate Wæver’s claim, and explore the degree to which climate change, as a political issue, challenges traditional conceptions of security and, in turn, the relationship between climate change, democracy and increased conflict.

Democracy or Idiocracy: How climate action changes our understanding of politics

As democratically elected governments negate climate action and ignore public sentiment, ‘politics as usual’ is appearing increasingly idiotic. Politics is commonly understood as disputes over power or competition between multiple interests. This understanding dominates news reporting of party politics. A theme emerges – a lot of ‘politics’ is happening, but nothing fundamental is changing (except the climate!). As our climate changes, there is an alternative view of politics emerging: that climate action should not and cannot be premised on machinations of power and competition. The emergency we have entered is beyond this kind of politics. Rather, fantasies of infinite growth must end with sweeping reforms across our economic, social and political systems. This is what some term a true political moment – systemic, radical change in response to the catastrophic change we have set in motion.